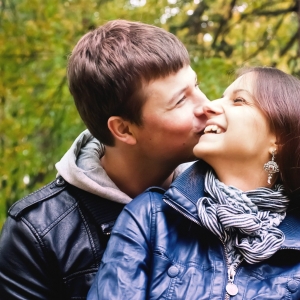 Christian singles, do you want to maximize your relationship success? Then learn how to pick people with godly character traits…as well as be a person of godly character!

In healthy relationships you will feel:

Christian singles, you will experience healthy and satisfying relationships by looking for a mate based on Christian principles and choosing to be a person of godly character.

It is common even for Christian singles to be attracted to the outside of a person: their looks, their status, their achievements, and their intelligence. But it is the inside of a person that we experience in relationships.

The time to evaluate character in others is before you get too deeply involved. As Cloud and Townsend say, “When the attachment deepens, the reasoning weakens.” The scriptures warn us to “Above all else, guard your heart, for it is the wellspring of life.” Proverbs 4:23.

What kind of character traits should Christian singles look for?

Ruth and Boaz, two singles from the Bible, exemplify the kind of character traits to look for in a potential mate.

Ruth’s character traits were: devotion to God and to family — the evidence of her character was in her actions. She was humble and teachable. She was focused on her responsibilities. Her faith was in God to provide for her — she trusted Him for a future spouse. She was a woman of her word. She did what she said she would do.

Boaz was devoted to God and to his farming responsibilities. He did not let his heart become entangled and he was not distracted from his priorities. He was a man of his word. He did what he said he would do. He was a Christ-type — he exemplified the character and work of Christ – especially in his act of redemption for Ruth.

Christian singles Ruth and Boaz both…

Becoming a person of character requires that you take ownership

Once you’ve identified the problems, make a plan to change. If it’s poor boundaries read a book. Set some limits. Develop a support system. Nurture the relationships that you have. Share a little bit more of who you are with safe people. Learn to take risks.

If you have unresolved issues such as trauma, abuse, abandonment or neglect and you recognize a pattern of painful relationships–find someone who will help you like a pastor or a counselor.

When people have been traumatized by these things as children, they often need to make Changes that Heal in order to function well in close relationships in the future.

Finally, Christian singles need a plan for spiritual growth. God’s primary work in each of us is to conform us to the image of Christ. As you devote yourself to God and His word, and yield to His Holy Spirit, your character will change.

My final word to Christian singles is make knowing and loving God a priority in your life and look for a potential mate who has committed to the same thing.