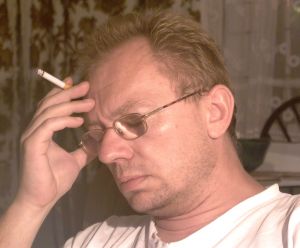 I am familiar with alcoholism and the effects on the family. I grew up in a family where there was much alcohol abuse. My family had alcohol abuse issues on both sides. Based on the More Bonuses and information given on this site, both my parents and grandfathers abused alcohol. Now, the problem has also effected my siblings. I, by the grace of God, left my alcohol abuse years behind. That was in my teens and early 20’s.

It’s not easy to forget the family memories however: The many ruined holidays, weekends and trips to camp. I remember hoping Christmas after Christmas this would be the one when Mum and Dad would not end up drinking and fighting.

The fear of my Dad becoming so drunk that it would kill him was also very intense. Due to his drinking, Dad would go into a type of asthma attack where he could not catch his breath. It was terribly frightening for a child. Then there was the fear of my friends seeing my parents in a drunken, arguing state. This was a source of shame and embarrassment to me as a teen. Because of their unavailability, I also began to turn to alcohol and other illicit activities to get my needs met.

On top of my parent’s drinking problems, my grandfather’s drinking also impacted our family. I loved that man. But when he drank, it was scary. Once he holed himself up in his house with a shot gun. Another time he fell down and nearly broke his nose. When he walked into our house all bloodied, I was terrified. My mother has told me stories which I shall not repeat.

So just from these few stories you can clearly see that alcoholism and the effects on the family can include: trauma to children, creating a fearful and unstable home environment, encouraging parentified children, and encouraging children to find solace in other people and things.

Continue to second page of effects of alcoholism…