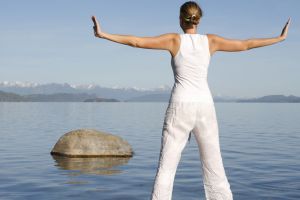 The Holy scriptures have much to say about how to meditate and what meditation is. In fact meditation has taken on a negative connotation for many people of faith. Sadly it has become a lost art – given over to the NewAge gurus and practitioners of Eastern mysticism. In this type of meditation the goal is often to “empty one’s self” in order to find intimacy with a god…this god is often equated with self or some other spiritual being. This is in direct opposition to what God’s word teaches on the nature of God, self and meditation – where God – whose name is Yahweh – is the center of all things and the focus of all such mental exercises.

Learning how to meditate is an art form that needs to be recovered by Christians and put into daily practice.

More than one Bible character engaged in the art form of meditation. The first place we notice a person meditating in the Bible is in Genesis 24:63. Isaac, the son of promise, had gone out into the field one evening to meditate. It’s easy to imagine Isaac’s need at this particular time in his life to meditate. His mother Sarah had passed away, his father Abraham was getting older and was well advanced in years, and he was awaiting the arrival of his bride to be.

Most likely Isaac, in the midst of these life circumstances, had a strong need to draw close to Yahweh, His God…He knew he was the child of promise…but what lies ahead? With his mother gone and his father well advanced in years, his life was changing dramatically. What did Elohim, his God, have in store for him? Who would his servant bring back for him to share his life with? How would Elohim fulfill the covenant He made with his father Abraham through him? There was so much to consider, so much to sort out, so much to seek God about.

Although the simple thing to do here would be to spell out the 1-2-3 steps of how to meditate, but then we might miss the point. You see we all meditate naturally. We meditate when we sit and think deeply, or lie on our beds and allow our thoughts to wander about the past, present or the future or the events of the day. But this is not necessarily productive meditation.

What is important in learning how to meditate is to elevate the unconscious or semiconscious to the conscious level. That is to become intentional about how you manage and exercise your mental energies. Meditation is a conscious exercise of focusing one’s cognitive energies on something specific and most importantly bringing the light of God’s word to bear on the thoughts. Meditation may simply be considering an aspect of God’s character as found in His word or contemplating meaningful scripture verses that you would like to grasp better. Meditation, the soaking in of the word, invites the Holy Spirit to impart the light of God’s truth into our heart. In this way meditation has a transformative nature.

It’s note worthy that Genesis 24:63 doesn’t say that Isaac went out to the field in the evening to worry, to grieve, to plan, or even to pray…though he may have done some of all of the above, we do not know. When Moses recorded this event in Isaac’s life he specifically used the Hebrew word suwach. It is only used this 1 time in the Old Testament. Though other forms of it do occur elsewhere.

In both the Old and New Testaments there are several different words that are translated as meditate or meditation. As we see in this story of Issac, meditation flows out of a need and a desire to draw close to God. A desire to commune with God in solitude. A need to create time and space in which he could contemplate, weigh and sort out his thoughts in light of God’s word and presence.

If the truth be told, I wish all would learn how to meditate on God’s word. It is a powerful and necessary means of knowing God more intimately.