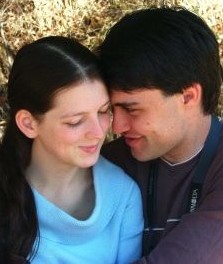 The key to intimacy in marriage is understanding that….

One of your greatest accomplishments in marriage will be to understand that both your spouse and you are wounded and choose to consciously cooperate with the Holy Spirit to appropriate God’s grace, love, faithfulness, and mercy for mutual healing.

The scriptures make it clear that human beings were made for relationship. From the beginning of human history we read in Genesis that God declared that it is not good for the man to be alone. Therefore, He created Eve as a helpmate and companion for Adam. The relationship that Adam had with Eve, his wife, was not like any other relationship that Adam could have with God’s creatures. Even Adam’s relationship with God fell short compared to His relationship with Eve. One of the reasons people get married is that they do not want to be alone. Couples long to have deep connection and intimacy in marriage.

It’s interesting to consider that though God said, “It is not good for the man to be alone” Adam was not literally alone in the Garden: besides the animals, Adam had God. God walked in Adam’s domain (Gen. 3:8), God cared for Adam and instructed him in the way of abundant life (Gen. 2:16), God provided fulfilling activity for Adam by which to serve God as a vassal over the Garden. In other words God had a multifaceted relationship with Adam (Gen. 3:19).

So what did God mean that Adam was alone? Initially Adam did not have a means of satisfying his social and procreative nature. To fully satisfy his nature he needed another of his own kind as a faithful and monogamous companion. He did not have one who was like him and thus there was no one in Adam’s world whom he could know and enjoy procreative intimacy with as a kindred spirit. Adam was alone in his work and in his own kind. There was not another like him.

Adam was alone in that…

There was a close personal relationship which Adam was privileged to have with his Creator and still, Yahweh, the all sufficient One, declared that Adam was “alone”. Clearly Adam was not alone in the sense that he did not have anybody else, because he had the animals and he had God. But God Himself declares that it’s not enough for Adam to only have a relationship with Himself and the animals. God wanted Adam to enjoy intimacy in marriage.

Adam needed more to be satisfied. The apostle Paul takes the concept of knowing God to a deeply personal level: “My determined purpose is that I may know Him, that I may progressively become more deeply and intimately acquainted with Him…” Philippians 3:10 (Amplified Version). To enjoy intimacy in marriage, we like Paul, must make it our determined purpose to know our spouse and become progressively more deeply and intimately acquainted with them.