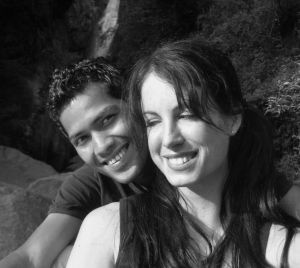 Being a Christian and member of a church does not inoculate you from being drawn into an unhealthy relationship. In this article on Christian dating tips you will find…

As always we look to the scriptures for our help. In the book of Ruth we find the story of Ruth and Boaz…two Christian singles.

The story opens onto a scene where Naomi (Ruth’s mother-in-law) is at a crossroads in her life. Her husband has died. Both of her sons (one of whom was Ruth’s husband) have also died. Naomi is in despair and decides to go back home to Bethlehem in Judah.

In her despair, Naomi tries to push Ruth and Orpah, her daughters-in-law away. She entreats them to stay in Moab. But despite Naomi’s weeping and wailing, Ruth insists on remaining with Naomi. Orpah, however, retreats and turns back.

Ruth demonstrates responsibility, courage, maturity and loyalty in her determination to remain with Naomi. After all, Bethlehem was not her home town, the Jews were not her people…

When they arrive in Bethlehem, Ruth, consistent with her vow to Naomi in chapter 1, goes and finds a job gleaning in a barley field. Gleaning was picking up whatever grain was left behind by the harvesters. Gleaning was the work of very poor people.

In the field Ruth “just happens” to meet Boaz. He is a wealthy relative of Naomi’s dead husband. Listen to what Boaz’s foreman had to say about Ruth’s character: “She said, Please let me glean and gather among the sheaves behind the harvesters. She went into the field and has worked steadily from morning till now, except for a short rest in the shelter.”

Boaz discovers that Ruth is a hard worker, who takes seriously her vow to care for her mother-in-law. Ruth did not come expecting a handout. She came with a willing heart to work.

Now let’s take a look at the character traits of Boaz…verses 8-12 in chapter 2 speak volumes about Boaz. Listen to what Boaz says to Ruth: My daughter, listen to me. Don’t go and glean in another field and don’t go away from here. Stay here with my servant girls. Watch the field where the men are harvesting, and follow along after the girls. I have told the men not to touch you. And whenever you are thirsty, go and get a drink from the water jars the men have filled.

Boaz is the prototype of true masculinity. While Ruth is working in his fields he protects her. He provides for her. He treats her with the utmost respect. Later on Boaz compliments Ruth’s willingness to provide for Naomi and blesses her in the name of the Lord. It’s likely for Ruth that this feels like the beginning of a safe relationship. Single Christians need good information on how to build healthy relationships.

It’s interesting to note that Boaz builds Ruth up. He does not offer empty platitudes or flirtatious remarks that make her feel compromised or uncomfortable. His remarks communicate his respect for Ruth and her priorities.

How does Ruth respond to Boaz’s graciousness…

Ruth responds with humility and thankfulness. Ruth is not too proud to except Boaz’s provision for her and Naomi. Neither is she embarrassed by her needy situation. She is willing to do what it takes and receives Boaz’s kindness as the blessing that it is from the Lord.

Most importantly, this appears to be the beginning of a relationship which will draw her closer to God and affirm her beliefs and her values. Single Christians dating need to avoid relationships that compromise their Christian values.

Throughout the book of Ruth, Boaz continues to express great integrity. Ruth is the new girl on the block. She is not familiar with the customs of the Jews and Boaz is sensitive to her emotional vulnerability. He tells his men be gentle with her. He offers her grace when she makes mistakes. In healthy relationships people feel safe to be themselves. They feel safe enough to make mistakes, because the expectation is not perfection.

Selecting the right mate is a decision that will affect the quality of the rest of your life. For more christian dating advice from the book of Ruth click here.